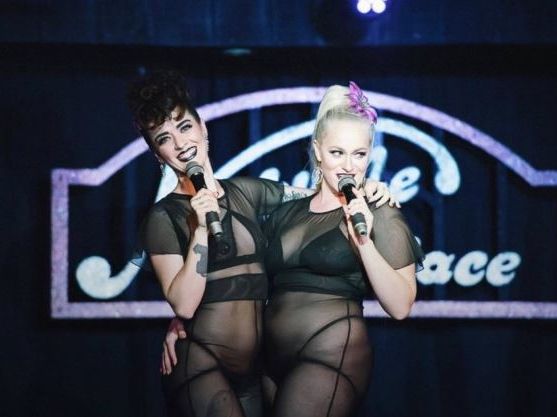 Join us for a celebration of variety arts in Nashville, Tenn. Nashville has turned out some of the most iconic hits in music history, the city that spawned them is a gem itself. Called “One of America’s Hottest Cities” by Forbes, the cover of a recent Rolling Stone Magazine, and named an “It” city by the NY Times, it’s time to peel back the country curtain. The Nashville Burlesque Festival presents a different kind of rhinestone sparkle with glittering productions hosted at a historic Honky Tonk and inside a working whiskey distillery. Boasting a burlesque scene that has grown almost as rapidly as the city itself, Nashville is home to a talented group of dancers, costumiers and performance artists creating striptease art. Presented by the Delinquent Debutantes, along with our incredible sponsors, the Nashville Burlesque Festival promotes bawdy positivity by celebrating the human form through breathtaking aesthetics and tantalizing talent. Thursday Night: Corsair Distillery Our opening showcase will take place in a working distillery! Corsair Distillery, a Nashville Burlesque Festival sponsor, will be hosting our first evening’s performances. Share the stage with a working whiskey still! Friday and Saturday Nights: The World Famous Nashville Palace The Nashville Palace first opened its doors in 1977 when John A. Hobbs became the founding father and served as its owner for two decades. Jerry Reed was a frequent performer at the venue, performing from the stage over 30 times in the first year alone. It was known as Jerry Reed’s Nashville Palace. The Palace helped launch some of music’s finest artists, including Lorrie Morgan and Ricky Van Shelton, and became the hotspot for Opry legends to pop into following their performances at the Opry House located across the street. Other artists who have performed at the Nashville Palace over the years include Randy Travis, George Jones, Roy Acuff, Mel Tillis, Jack Greene, Porter Wagoner, Johnny Cash, and Waylon Jennings and many more.