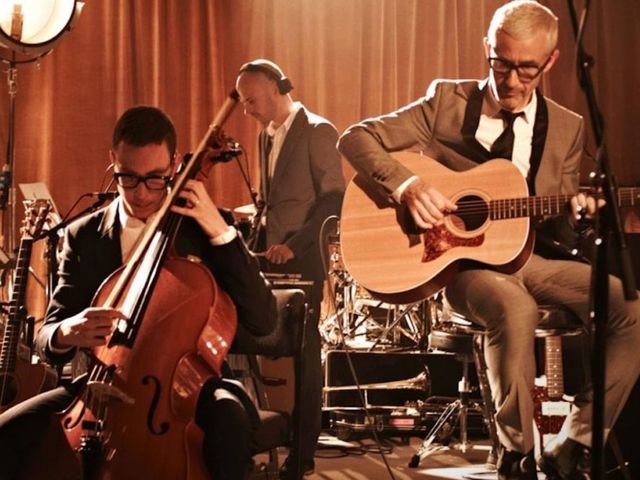 Above & Beyond’s performance on May 22 has been postponed. We are working to reschedule the date and will alert ticket holders as soon as we have updated information. Fans should hold on to their tickets as they will be valid for the rescheduled performance date. The health and safety of our fans, artists, employees and community are our top priority. We look forward to seeing everyone back in the pews very soon!   Above & Beyond, the EDM sensations that have turned the genre upside down, are hitting the road for a series of live shows this spring and summer. The Grammy-nominated trio is touring in support of their upcoming album Acoustic III, which is due out this summer via their own Anjunabeats label. The tour kicks off in the band’s native UK on April 24 with a string of shows in London at iconic venues Alexandra Palace Theatre and Royal Albert Hall. The list of North American dates launches with a two-night run at The Kennedy Center in Washington, DC on May 17 and 18. The tour will wind through major U.S. cities including Nashville, Los Angeles, and Denver. Globally-renowned in the EDM prog-trance landscape, Above & Beyond members Jono Grant, Tony McGuinness, and Paavo Siljamäki took a huge risk in 2013 by returning to their acoustic roots for their critically-acclaimed Acoustic album trilogy. Fans and critics alike embraced the newly arranged acoustic versions of some of the trio’s biggest hits from prior records. They performed at sold-out shows for the second installment, Acoustic II, which also spawned a feature-length documentary about the creative shift called “Giving Up The Day Job.” Now, the band is returning with the third collection in the series, Acoustic III. The highly anticipated record’s first single “Flying By Candlelight” features collab artist Marty Longstaff, who will also support Above & Beyond on the upcoming tour. Musical Director and Producer Bob Bradley talked about the creative direction of the new album in a press release. He said, “We’ve had some fun with the songs this time. It’s a little more Quincy Jones and a little less orchestral, with some really intimate moments.” Longtime Above & Beyond collaborators Justine Suissa and Zoë Johnston will join the trio on tour, along with Opposite The Other’s Sam Burger. To support the band’s eco-conscious commitment and offset the impact of touring on the planet, one tree will be planted for every ticket sold via the environmental nonprofit One Tree Planted.-By: Lori Melton