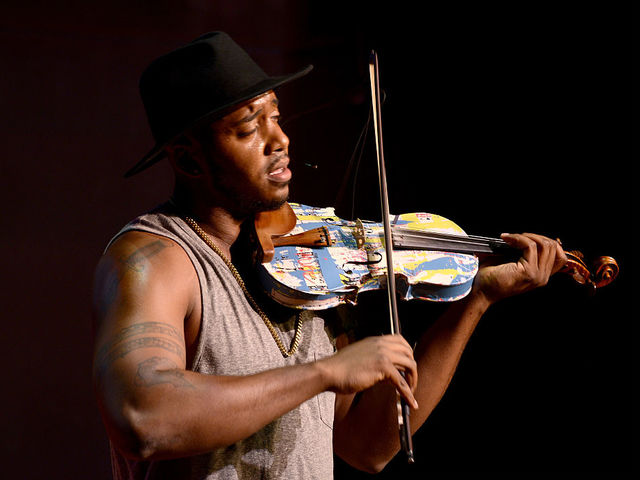 The Rebirth of an Artist: The Damien Escobar Experience. Damien Escobar is a world-renowned violinist, author, entrepreneur, and philanthropist, hailing from Jamaica, Queens, New York. His musical career spans over a decade and his inspiring journey of making it big, losing it all, fighting to rebuild, and getting a second chance at success is as much a part of his brand identity than being among the top violinist in the world. The now NAACP Image Award nominee and Billboards chart-topping artist was once humbled by homelessness after calling it quits from his famed group, "Nuttin but Stringz." The group, comprised of Damien and his brother, Tourie-- known in NYC for playing their violins on the subway; gained global recognition when they appeared as contestants on "America's Got Talent." The competition helped to catapult the duo into stardom and they quickly experienced all the highs of being the most sought after musicians of their time. However, that glory was short-lived and the fall from grace was a hard hit, to say the very least; as the group disbanded and a bruised Damien made the decision to retire his violin. What came next was a struggle-- not only with his identity, and depression, but with finding success in other non-creative endeavors.