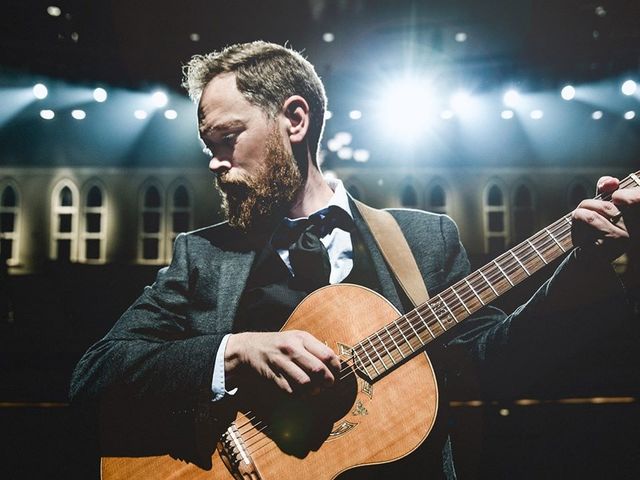 An annual concert tour lasting 20 consecutive years is a rarity in the music industry. But that’s exactly what this year marks for singer-songwriter-author-filmmaker Andrew Peterson, whose Behold the Lamb of God tour celebrates its 20th anniversary this Christmas season. To further commemorate this milestone, Peterson has recorded a new edition of the correlating album, Behold the Lamb of God: The True Tall Tale of the Coming of Christ, which will be released October 25. This Friday, July 19, the album pre-sale will be available, along with ticket sales for the upcoming tour dates. Over the past two decades, Behold the Lamb of God has become a cherished holiday tradition not only for Peterson and his band but for churches and families across the nation who attend the concert and perform their own renditions of the songs. The tour is known for its unique telling of the Christmas story, with Peterson’s original Americana-folk songs telling of the birth of Christ as it is foreshadowed in the Old Testament and brought to bear in the New. The concert also known for hosting a variety of special guests, who have ranged from Allison Krauss to Jon Foreman, Steven Curtis Chapman, and many more—and for selling out almost every performance each year. This year’s tour, sponsored by Compassion International and The Rabbit Room, will feature special guest Jess Ray, plus its classic lineup of all-star artists and musicians. They currently have 13 cities on the map, including two shows at Nashville’s historic Ryman Auditorium. December 8 & 9 at 7 pm.