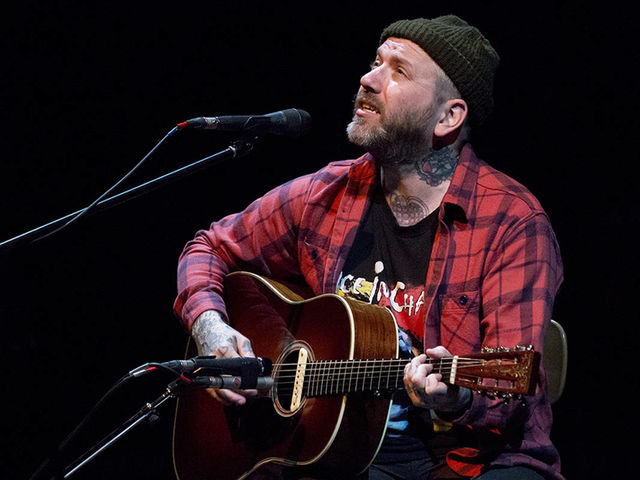 City and Colour, the moniker of singer-songwriter Dallas Green, is undeniably one of the biggest groundswell stories to emerge from Canada. Beyond his legacy as a co-founder of hardcore luminaries Alexisonfire, he also teamed up with global icon Alecia Moore (a.k.a. P!nk) for You+Me. Over the course of five studio albums, Green has compiled a canon ripe with songs born of adoration and devotion amassing a legion of fans worldwide and garnering him 3 JUNOs, including two SONGWRITER OF THE YEAR awards, plus 3 Double Platinum, 1 Platinum, and 1 Gold certification at home in Canada.  Alongside these accomplishments, Green has been awarded four Platinum-certified studio albums as a member of Alexisonfire. City and Colour’s last studio album If I Should Go Before You debuted at #1, his third consecutive chart-topper in Canada. The LP also made serious waves internationally debuting at #16 on the U.S. Billboard 200 Chart and #5 in Australia where Green’s LP Little Hell was certified GOLD.  In 2014, Green collaborated with international superstar Alecia Moore (aka P!nk) on a new project titled You+Me. The duo’s acclaimed Platinum-certified first record, rose ave., debuted at #4 on the U.S. Top 200 Chart, #1 in Canada, #2 in Australia culminating in memorable performances on The Ellen Show and Jimmy Kimmel Live.