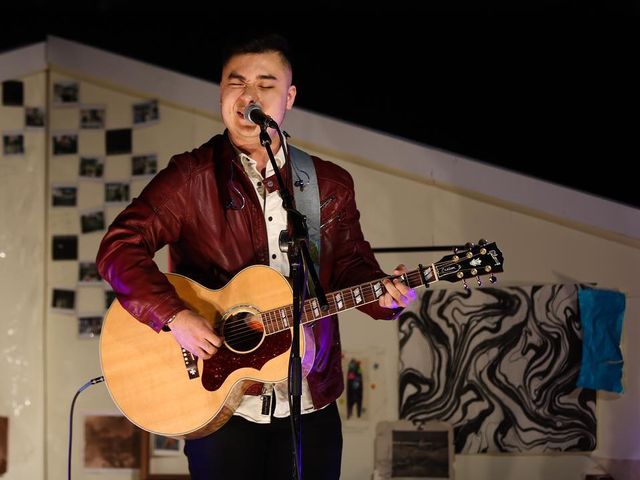 Daniel Ethridge: Daniel spent his early life learning about music classically; playing piano, singing in choirs, and playing cello in orchestras. After moving to Texas at 10 years old, he was introduced to the roadhouse roar of Stevie Ray Vaughan and the unparalleled gravity of Willie Nelson. Naturally, the cello and piano work quickly jettisoned for Stratocasters and flat tops. Since moving to Nashville for school in 2013, Daniel has cut his teeth in dive bars and writers rounds. In addition to finding his way into Nashville writer’s rooms, he earned his golden ticket and a trip to Hollywood during American Idol’s first season back on television. In 2018, Daniel was selected as one of Belmont University’s top songwriters and was showcased in the school’s Best of the Best showcase. More recently, he has been on the road playing sideman for artists at various festivals around Texas and Tennessee, including Austin’s SXSW. The Handsome Loners: Based in Nashville, TN but with respective roots stretching across the American south, The Handsome Loners formed in 2017 by Benjamin Backus, Mark Campbell, Vince DiCarlo, & Timmy Jones. Having long played shows and sessions together while performing in separate bands, the four developed a deep chemistry and a joint passion for the music they grew up playing and singing. Though not all that handsome and not all that lonely, they created the Loners as a vessel and a promise to carry that heart music into the world by writing and singing new songs about getting lost & getting better. Ezra Salmine: Ezra is an aspiring musician and sound technician for the popular Christian pop duo, For King and Country.   Ethansroom: Indie-folk singer ethansroom, presents an eclectic mix of haunting songs, ranging in depth from subtle and hushed to climactic and impassioned. Growing up among the ridges and valleys of Rome, a town in northwest Georgia, Ethan found inspiration in modern singer-songwriter greats such as Nathaniel Rateliff, Ben Howard, and Bon Iver. High school saw Ethan playing in a couple different bands, but by the time he was heading to college he decided to start a project uniquely his own, naming it “ethansroom” after his belief that the songs he plays in his bedroom are the most honest and visceral ones.