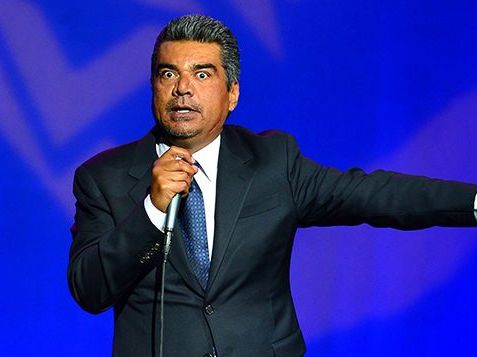 George Lopez’s multi-faceted career encompasses television, film, standup comedy, and late-night television.    Lopez is currently on the road, bringing his stand up comedy tour to arenas across the country. He also recently completed his standup comedy tour, The Comedy Get Down, with Eddie  Griffin, D.L. Hughley, and Cedric the Entertainer. The comedians also debuted their BET scripted comedy series based on their tour.   Lopez will next be seen in the film El Chicano, releasing on May 3rd alongside Raúl Castillo, Aimee Garcia, and Emilio Rivera. He is also set to star in Walking With Herb opposite Edward James Olmos and Mary McDonnell. The faith-based film is inspired by Joe S. Bullock’s novel of the same name.   He recently wrapped shooting the upcoming crime thriller The Tax Collector with Shia LaBeouf and Lana Parrilla. David Ayer wrote the screenplay and directed the film. Two shows at 7 pm & 9:15 pm.