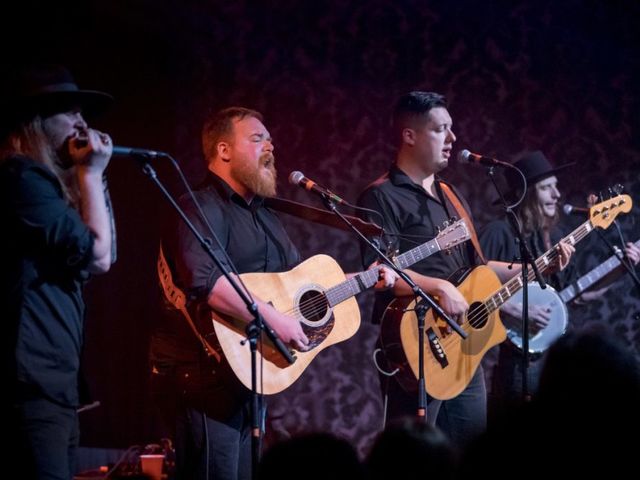 Ghost of Paul Revere: "We grew up listening to Radiohead and the Beatles and Led Zeppelin and Pink Floyd," says Griffin Sherry, guitarist/singer in The Ghost Of Paul Revere. "Everyone assumed we were a bluegrass band because we were playing these traditional instruments, but we weren’t writing traditional music. We were just writing songs with the instruments we had." The result is a sound that the Portland, Maine-based band describes as "holler folk," not because it involves a lot of hollering, per se, but because it invokes the rich communal tradition of field hollers, with their call-and-response melodies, sing-along hooks, and densely layered harmonies. That sense of musical camaraderie is essential to everything The Ghost of Paul Revere does, and nowhere is it more evident than their sophomore album, ''Monarch.' Animal Years: Brooklyn’s Animal Years are poised to take the indie rock world by storm. Fresh off a national spring/summer 2106 tour that included a sold-out stop at New York City's famed Gramercy Theatre, the band holed up in a cabin in Woodstock with Ryan Hadlock, the hit producer behind the smash debut records for The Lumineers and Vance Joy, to cut their highly anticipated follow-up to 2014’s “Sun Will Rise.” With influences ranging from early Kings of Leon and My Morning Jacket to Young The Giant and The Avett Brothers, Animal Years is driven by Mike McFadden’s passion-filled songwriting and crisp vocals. Their boozy, raucous, high-energy live show provides the icing on the cake for this fast-rising quartet.