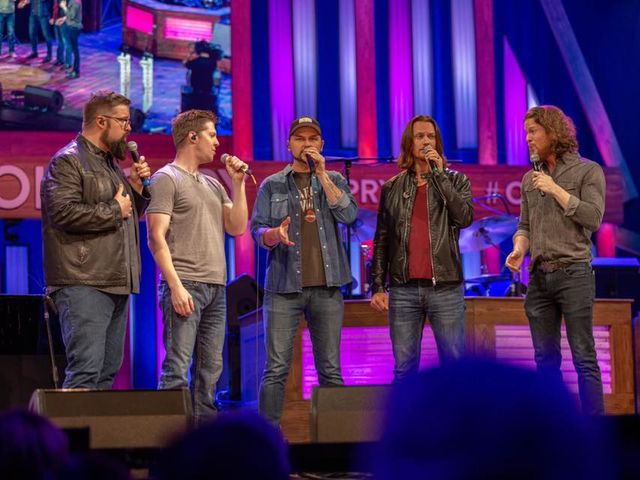 Home Free, also known as the Home Free Vocal Band, is a country-tinged a cappella group formed in 2000 in Mankato, Minnesota when its members were still in their teens. Comprising singers Austin Brown, Rob Lundquist, Chris Rupp, Tim Foust, and Adam Rupp, Home Free had a large enough fan base by 2007 to pursue music full-time. Essentially structured like a traditional barbershop quartet, with a lead tenor, two harmony voices, and a bass, with the fifth member providing percussion sounds, Home Free’s big break into the public eye came when they competed on and won the fourth season of NBC’s The Sing-Off in 2013. The group self-released five albums, 2006’s From the Top, 2009’s Kickin’ It Old School, 2010’s Christmas, Vol. 1 and Christmas, Vol. 2, and 2012’s Live from the Road before signing with Columbia Records and issuing a major-label debut, Crazy Life, early in 2014. Home Free’s success on The Sing-Off helped Crazy Life rise to number eight on the Country Albums chart, and before 2014 was out, they issued an album of songs for the holidays, Full of Cheer. Home Free’s third album for Columbia, Country Evolution, was released in September 2015 and included guest appearances by Charlie Daniels, the Oak Ridge Boys, and Taylor Davis. A fourth album, Timeless, appeared in September 2017, followed by Dive Bar Saints in 2019. Oct 11 & 12 at 8 pm.