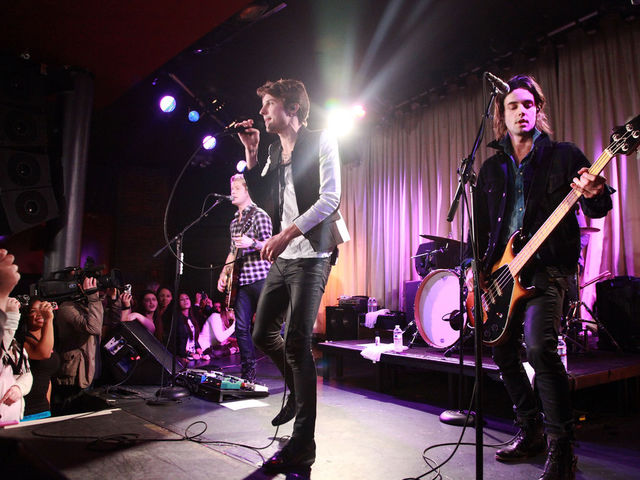 DUE TO UNFORESEEN CIRCUMSTANCES, THE HOT CHELLE RAE SHOW ON MARCH 27TH HAS BEEN POSTPONED UNTIL FURTHER NOTICE. ALL TICKETS WILL BE VALID FOR THE RESCHEDULED DATE. FOR REFUND REQUESTS, PLEASE CONTACT ATTENDEESUPPORT@EVENTBRITE.COM.   Hot Chelle Rae took shape in 2005, balancing the polished sounds of mainstream pop with energized, guitar-heavy dance-rock. Vocalist Ryan Keith Follesé, guitarist Nash Overstreet, drummer Jamie Follesé, and bassist Ian Keaggy had all grown up in musical households; the former three were raised by A-list Nashville songwriters, while Keaggy's father was a Grammy-nominated guitarist. As a result, the band wasted little time carving out a commercial sound, resulting in a label offer from Jive Records in 2008. Recording quickly commenced on a debut album, with both Butch Walker and Eric Valentine lending their help to the project, and the resulting Lovesick Electric appeared in 2009. The band returned in 2011 with Whatever, which featured a Top Ten hit in "Tonight Tonight."