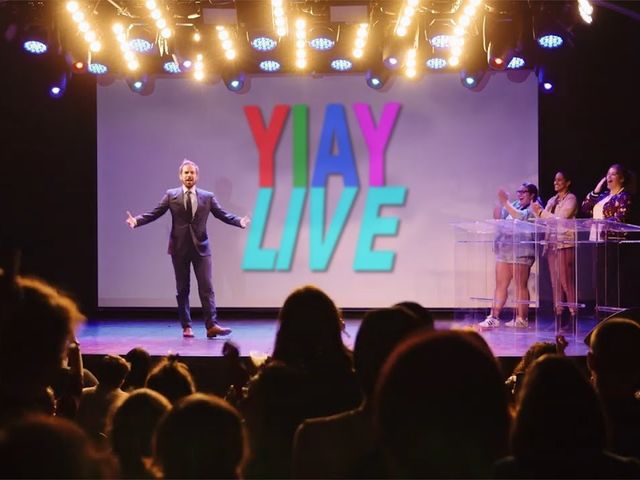 Jack Douglass, better known as "jacksfilms" online, is turning his popular series YIAY (Yesterday I Asked You) into a live game show, it's going on tour- and you're the player! Audience members play by submitting their funniest answers to questions like, "What's the last thing you'd want to hear from your Uber driver?" or, "What secret of yours would ruin you?" Players send their answers in live with their phones, then vote on their favorites until a champion is named! But that's just the half of it - after a handful of champions are chosen, they move on to the dreaded "Are You Funnier Than A YouTuber?" round, where they must compete against Jack himself in a no-holds-barred elimination match! In a series of questions, audience members vote out the weakest answers until 1 champion remains! Do you have what it takes? Probably - he is just a YouTuber after all. Guaranteed laughs and unpredictable answers are a sure thing - come see what YIAY LIVE LIVE is all about.