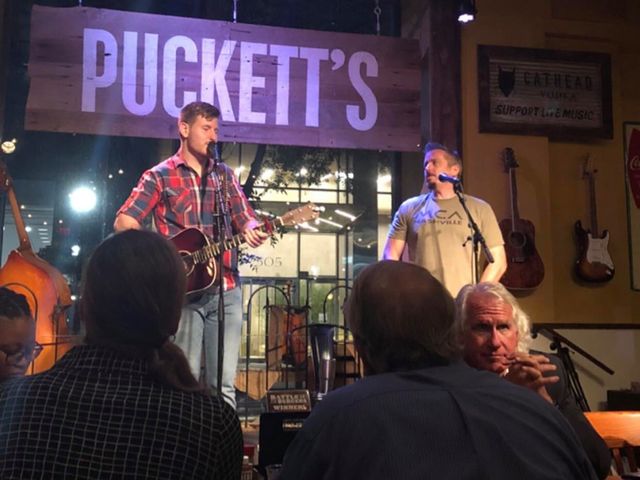 Justen Harden is an aspiring singer-songwriter from Brunswick, Georgia. Standing at 6’2″ and carrying a servant heart, many refer to him as a gentle giant. Justen was a contestant on Season 9 of NBC’s “The Voice,” and crowned WJXT Jacksonville’s first-ever “Oh Say Can You Sing” Champion. He has opened for several artists in the country music industry including Craig Campbell, Justin Moore, Thomas Rhett, and Dierks Bentley. His music career began socially, starting with the Vine app, in particular. From there, he began networking to establish the presence he has today. With upwards of 11 million loops on Vine, 770,000 YouTube views, and 368,000 followers across all social platforms, Harden has begun to make a name for himself. He recently moved to Nashville, Tennessee to pursue his calling in music more passionately.