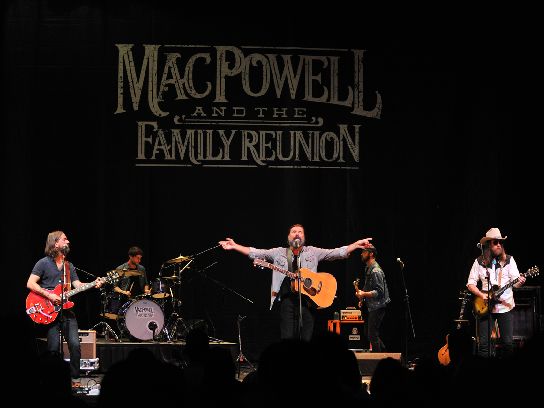 Mac Powell grew up in a small town in Alabama. His love for music began at an early age as both of his parents would sing and play guitar around the house. Mac soon began to sing in the local country church by day, and listen to his Dad's record collection by night. When Mac was a sophomore in high school, he moved to Atlanta, GA where his passion for music and faith found an outlet in the band THIRD DAY. Over the past 25 years, THIRD DAY has helped transform Christian music and built a devoted fan base while traveling the world many times over, selling 10 million albums, earning 4 Grammy Awards, 1 American Music Award, 24 Dove Awards, and by being inducted into the Georgia Music Hall of Fame.