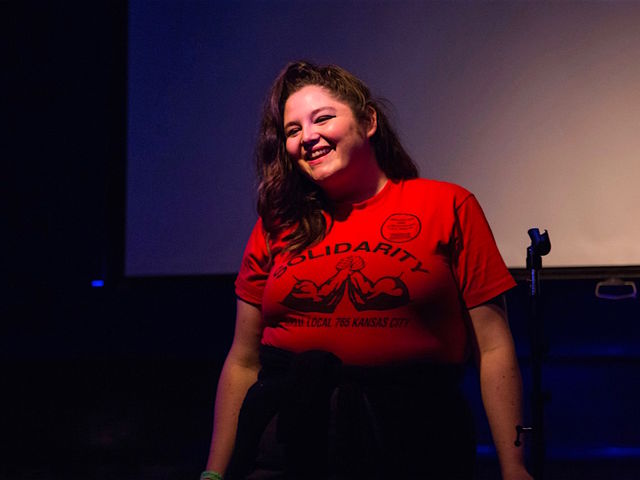 Megan Stalter is a NY-based actress and comedian.  She is currently a writer and performer on The National Lampoon’s Radio Hour.  Originally from Ohio, she was first kicked out of an improv show for being “too funny.” and she thought, “they are right.” She then moved to Chicago to study comedy “for real.”  Meg trained at Second City and iO in Chicago.  She is a former member of The Lincoln Lodge, as well as the creator of Freak Fest and The Megan Stalter Show. Megan has opened for James Adomian, Liza Treyger, Kate Berlant, and Vanessa Bayer.