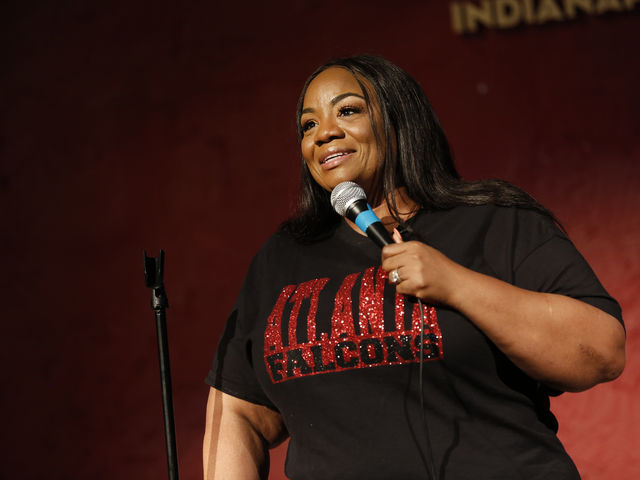 Declared by The Washington Post as “unforgiving and darkly hilarious,” and The New York Times as “brutally honest and outrageous,” Patricia Williams (aka Ms. Pat) is a comedian, author, podcaster, and actress who brings a raw, in your face, and hilarious perspective to her work. Ms. Pat was just hailed by Variety Magazine as a Top 10 Comic To Watch. She has appeared on NBC’s “Last Comic Standing,” Comedy Central’s “This Is Not Happening,” TV Guide Network’s “Standup in Stilettos”, Nickelodeon’s “Mom’s Night Out,” and was just featured in “Larry Charles’ Dangerous World of Comedy” on Netflix.    Ms. Pat has an incredible and moving story: by the age of 15, and known by her street name Rabbit, Pat was a single mother of two selling crack in the inner city of Atlanta. At 19 years of age, with two toddlers and a new husband, she was handed 4 more young children from her sister who was struggling with drug addiction. With her husband’s help and encouragement, she finally decided to get on the straight and narrow, and on the encouragement of her case-worker, she decided to go on stage and appeared in her first Open-Mic. From the moment she stepped on stage she knew she had found her place. June 3 & 4 at 7 pm.