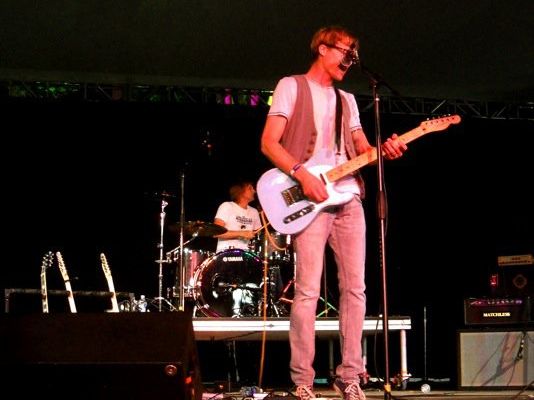 Singer/Songwriter Nathan Picard has spent much of the last decade performing live, writing songs for film and television, touring nationally, and making a name for himself in the LA and Nashville music scenes. Nathan’s songs have been featured on T.V. shows such as Criminal Minds (CBS), MTV’s Road Rules and I Used to Be Fat, Kyle XY (ABC), VH1’s Tough Love, Army Wives (Lifetime) and numerous shows on the E! network reaching over 400 million viewers. Recently, Nathan’s song “Memory Finds You” was featured as the Title Song for the Major Motion Picture “The Frozen Ground” starring Nicolas Cage, Jon Cusack, and Vanessa Hudgens. Nathan is a member of ASCAP and has his own publishing company, Two-Tone Technicolor Publishing. He has shared the stage with such acts as Jewel, Three Doors Down, The Calling, and Lenny Kravitz. Nathan has recorded, written, and worked in the studio with artists Ed Bernaro (Executive Producer Criminal Minds), Aaron Kamin (The Calling), Jesse Valenzuela (The Gin Blossoms), Trace Ritter (Candlebox, Chalk Farm), Joe Bishara (Producer Gun’s n Roses), JR Richards (Dishwalla), Doug Grean(Producer Stone Temple Pilots) and Michael Blum (Producer Madonna, The New Radicals). Nathan’s songs have been raved about by Music Connection Magazine with the “Number One Demo of the Year”, and the “Hot 100 Unsigned Artist of the Year”. Nathan currently resides in Nashville, TN where he performs throughout Music City and writes relevant radio-friendly songs that reach across all genres. Nathan comments, “The best lyricists can write about an emotional experience for themselves, but relate it to everyone.”