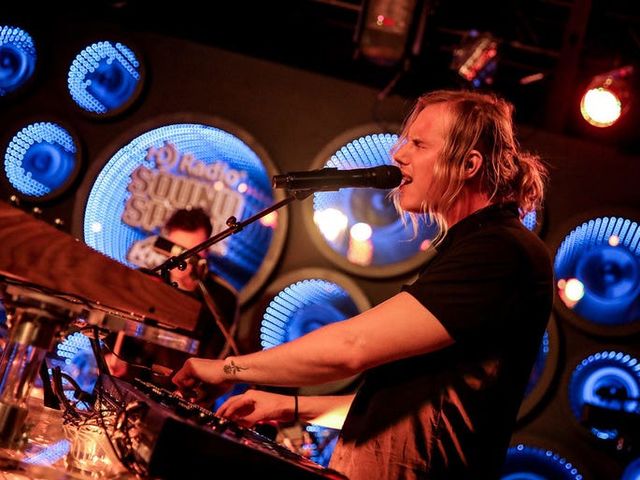 DUE TO CIRCUMSTANCES OUTSIDE OF OUR CONTROL, THE RÜFÜS DU SOL SHOW ON MAY 29TH HAS BEEN CANCELED. ALL TICKETS WILL BE REFUNDED AT POINT OF PURCHASE (CREDIT/DEBIT CARD PURCHASES WILL BE AUTOMATICALLY REFUNDED - NO ACTION IS REQUIRED). IF YOU PURCHASED TICKETS WITH CASH AT THE BOX OFFICE, PLEASE EMAIL US AT INFO@MARATHONMUSICWORKS.COM AND WE WILL GET BACK TO YOU AS SOON AS WE CAN.   RÜFÜS DU SOL have emerged as one of the world’s preeminent live electronic acts. The Australian three-piece, known formerly to the world as just RÜFÜS, have thus far won the world over with two platinum-certified albums, ATLAS and BLOOM, with a much-anticipated third on the way. Comprised of members Tyrone Lindqvist, Jon George, and James Hunt, RÜFÜS DU SOL first made their break in 2013, when their debut album, ATLAS, reached #1 in Australia. Their sophomore follow-up, 2016’s BLOOM, subsequently hit #1 as well, transforming them from national heroes into a rising global phenomenon. The album, which produced such iconic singles as “You Were Right” and “Innerbloom,” notably spawned a momentous two-year tour, including a milestone appearance at Coachella in 2016. Now residing in Los Angeles, RÜFÜS DU SOL have spent the past year finishing their third album, largely influenced by the stark desert landscapes of California and their experiences on the road. With a new record on the horizon and a standout two-year tour at their backs, RÜFÜS DU SOL have entered a new era of their career.