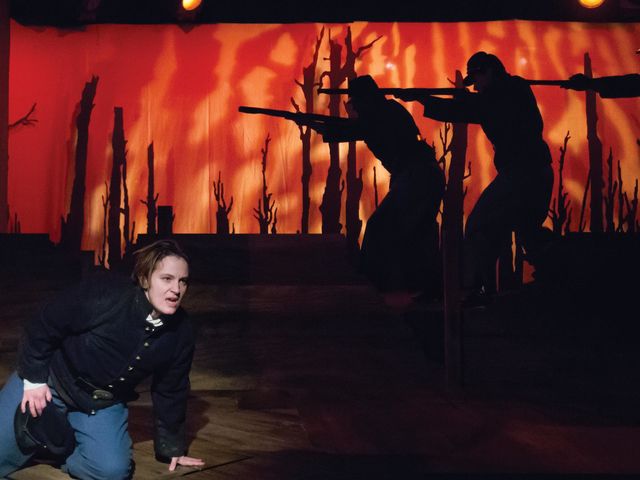 While the Civil War rages outside the walls of the Marine U.S.A. General Hospital, another conflict arises inside. A nurse has discovered that injured Private Lyons Wakeman is actually Sarah Wakeman, a woman! Should the hospital registry be changed creating proof that women can fight in battle? Or should it stay intact so Sarah can receive her earned pension and her family avoid shame? This play is based on over 250 military accounts of women who fought as Union soldiers. At each interactive performance, the audience will hear testimony from historical characters like Harriet Tubman and members of the first African American regiment, act as jury, and deliver the verdict of Private Lyons' fate.