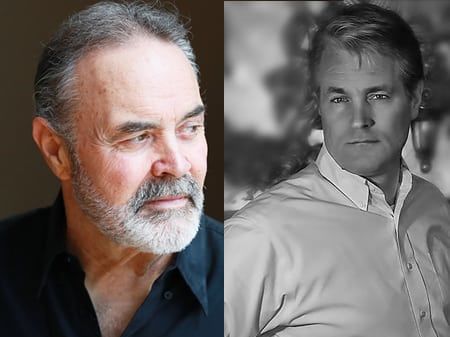 Ed Hill, 2006 BMI Songwriter of the Year and Nashville Songwriters Hall of Fame nominee, wrote songs recorded by Country Music Hall of Fame members George Strait (“How ‘Bout Them Cowgirls”) and Reba McEntire (“The Heart Is a Lonely Hunter”). His singles also include “Be My Baby Tonight” (John Michael Montgomery), “Find Out Who Your Friends Are” (Tracy Lawrence), “It Matters to Me” (Faith Hill), and songs recorded by Trace Adkins, Martina McBride, Tim McGraw, Montgomery Gentry, and Clay Walker. Hill recently released a memoir entitled It Matters to Me. Dak Alley co-wrote “Sunday Drive,” which was recorded by Country Music Hall of Fame members Alabama. He is the author of the book It Goes a Little Somethin’ Like This, which features sixty hit songwriters and their stories, and the host of his own internet and WAKM radio show, Nashville Underground Tonight. Following the program, Alley and Hill will sign copies of their books, available for purchase in the Museum Store. Presented by SunTrust. Ford Theater.