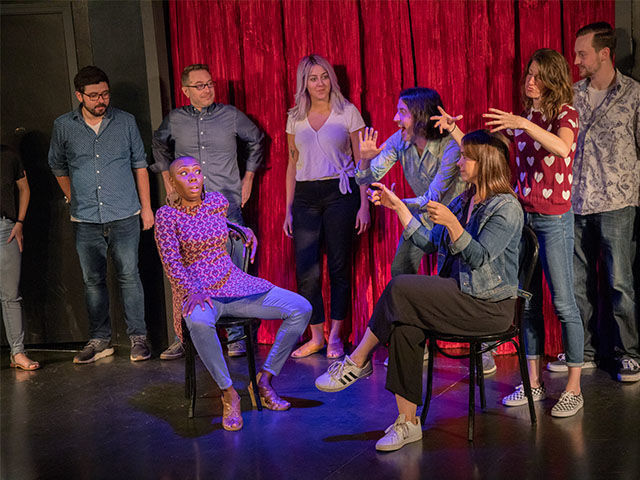 An improv show featuring both short-form (as seen on Whose Line is it Anyway?) and our unique long-form styles-think plays without a script. The entire show is made up on the spot with the help of suggestions from the audience–no two shows are alike! The Mainstage Cast is composed of improvisers from all over the country who have been trained by veteran improvisers from schools of improv that include The Second City, iO (ImprovOlympic), The Annoyance Theater, UCB, and others. Featuring the best improvisers in Nashville, this is THE show to come see! There will be a 10-minute intermission.