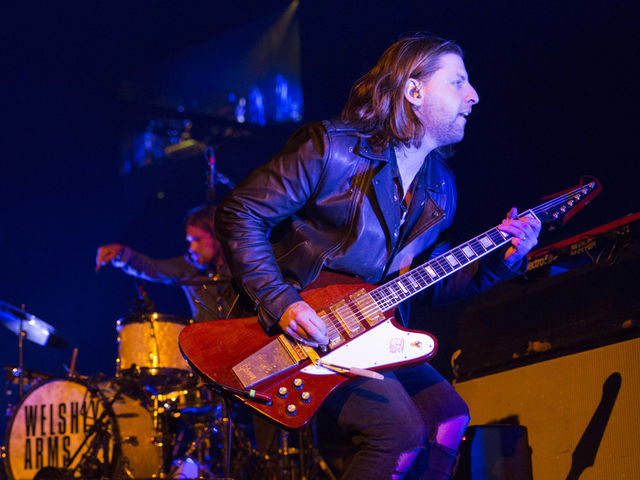 Welshly Arms: It could be an actual place or just a feeling, but we’re all searching for home in one way or another. In times like these, it’s a state of mind that remains harder and harder to come by as the world gets crazier and crazier. Welshly Arms most definitely attest, and that search drives the group’s 2018 full-length debut, No Place Is Home [Republic Records]. Lacing daring alternative rock with gospel-size scope and bluesy heart, the Cleveland, OH six-piece—Sam Getz [lead vocals, guitar], Brett Lindemann [keys], Jimmy Weaver [bass], Mikey Gould [drums], Bri Bryant [vocals], and Jon Bryant [vocals]—cook up thirteen arena-ready anthems that welcome listeners to chant along everywhere... The Unlikely Candidates: Based out of Fort Worth, Texas, The Unlikely Candidates are an indie rock band initially formed as an acoustic duo by childhood friends Kyle Morris and Cole Male in 2008. Eventually expanding the lineup to include guitarist Brenton Carney, bassist Jared Hornbeek, and drummer Kevin Goddard, the band was also able to expand its sound in bigger, more sweeping directions. In 2013, the band signed on with major-label Atlantic and released their debut EP, Follow My Feet. In early 2016, the Unlikely Candidates returned with a hooky new single in “Your Love Could Start a War,” which made a strong showing on Billboard’s Alternative Songs chart.