Doesn’t everyone have a memory that comes flooding back when a certain song comes on? We still have flashbacks to our sixth grade dance when “Electric Youth” comes on.

One of the amazing things about The Rolling Stones is that generations of people around the world have that moment of nostalgia when they hear their favorite Stones’ song. We asked fans for their Stones stories and they shared great memories of the music that defined a time in their lives.

“My dad always wanted all of us to go see them together. He passed away before that happened. My mom set aside insurance money to buy tickets. Ten years after he died, my mom, my sister, my brother and I went to see them together. When I think about my childhood, there is usually a Rolling Stones soundtrack in my head.” “I remember leaving the auditorium and everyone was just wandering around very relaxed and in no hurry. People were sitting on the hill leading up to the Capitol.”

“It was kind of embarrassing because I went with my mom and she sang every word and danced the whole time, and I was 13 at the time. I pretty much wanted to crawl in a hole and die. But the music was great.”

“It was a fun show. I was working at Ford at the time and I had to get creative to get the time off, but it was worth it. I didn’t have good seats, but it didn’t matter. They played some Chuck Berry songs and their own hits too. The girls there were crazy for the band, but I met a girl there who I took on a couple dates after that 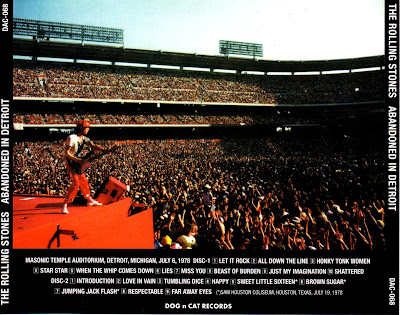 “I went to the first concert on the Licks tour when I had just graduated college. It was in Toronto, and you know how Canadians are supposed to be super nice? Well, this one security guard was awesome. I flirted with him and he let me backstage. I guess everyone working assumed I was part of the crew, or a high level groupie, because no one said anything when I was wandering around looking for the dressing rooms. I was determined to meet the band.

“When I found it, I waited until the show was over and when I finally met The Rolling Stones, they were so nice! Long story short, Mick told me that a nice girl like me shouldn’t be sneaking into rock stars’ dressing rooms, and he offered to pay for grad school if I promised to quit stalking rockers. Now I have my MBA and I’m a member of the state Senate all thanks to that nice Canadian guard and Mick Jagger!”*

Do you have an amazing Stones Story?

If not, make one! Get to Musicians Hall of Fame and Museum and experience Exhibitionism: The Rolling Stones Exhibit for a full history of the band’s rise to fame. This immersive exhibit takes you from when the band first formed and found their sound all the way to their mega-tours that spanned the globe. Get up close and personal with the Rolling Stones archives now through August 26th. 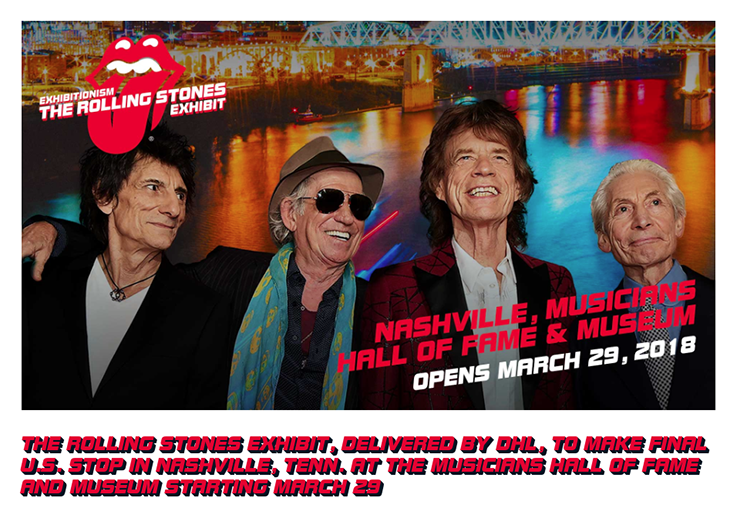 Get your tickets now and write your own Stones Story!